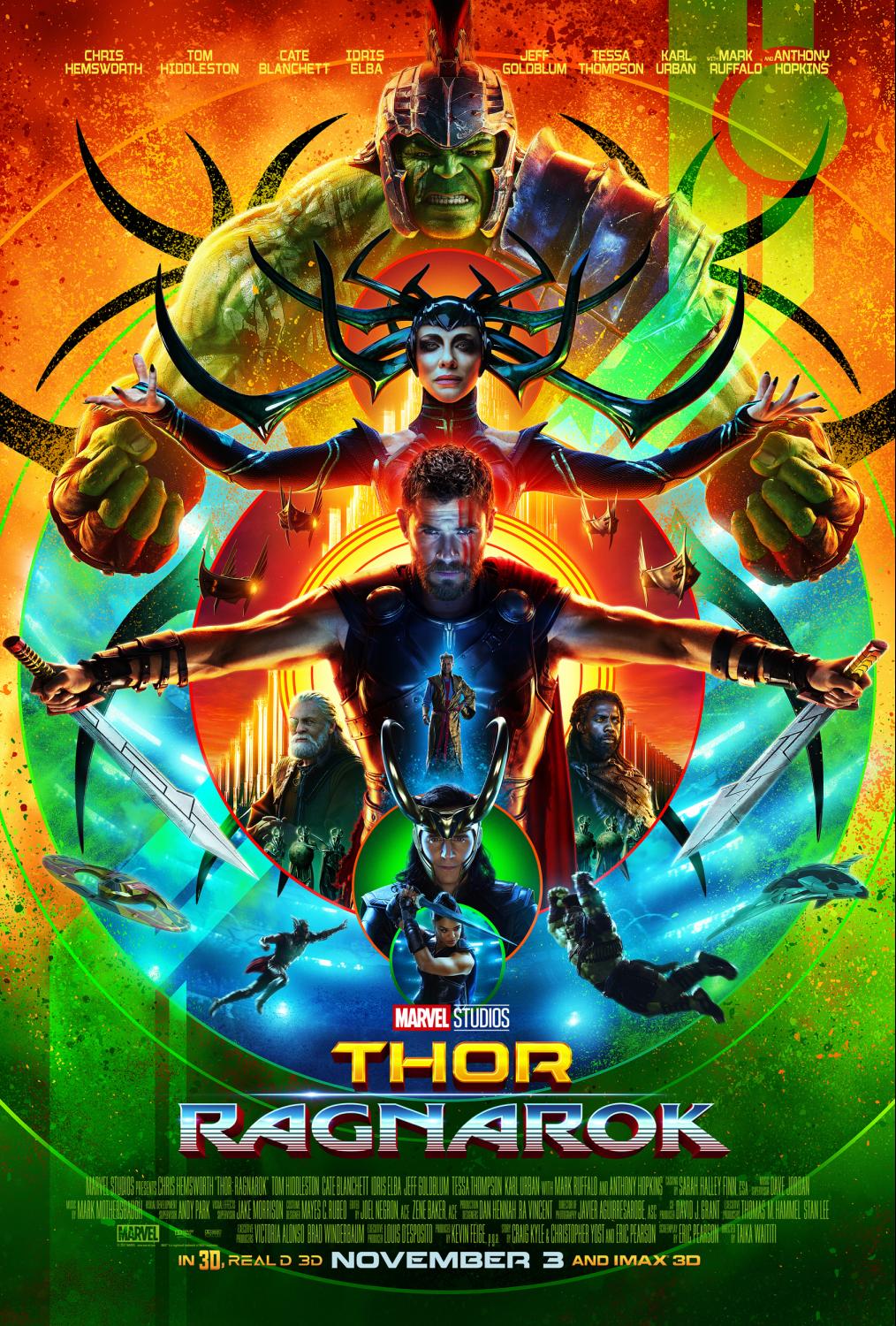 THOR: RAGNAROK is the third movie of the Thor franchise, following Kenneth Branagh’s THOR and Alan Taylor’s THOR: THE DARK WORLD. With the third film, a different tone and look is brought with director Taika Waititi’s film. Though very much the same type of MCU movie, Ragnarok brings a lightness and humor that is enjoyable and rounds out the Thor films nicely.

This film brings more to Chris Hemsworth’s character, The God of Thunder, and the actor’s comedic timing is definitely showcased in the film. He does it well, and the banter between him and Loki, The God of Mischief (Tom Hiddleston) falls into a familiar territory that will delight MCU fans.

Two time Academy Award winner Cate Blanchett is a goddess in her own right, and as Marvel’s first female on screen villain it’s a pleasure to watch her act. Her role as Hela, however, was not as in depth as I’d have liked to have seen. I wanted to delve deeper into her character and see what drove her. However, I could basically watch Blanchett read a phone book, and she’d probably fascinate me.

Fun cameos were brought into the film, including Chris Hemsworth’s older brother Luke…playing, well, Thor. That’s all I will say. Giving away anything else on that would be a crime. Suffice it to say, the cameos brought smiles and laughs to the audience, albeit pulling you out of the film for a moment.

All in all, expect fun and adventure, along with a twist. This is by far the best Thor movie to date, and one I wouldn’t mind watching again and again.

DISCLOSURE – I was given access to a press screening of THOR: RAGNAROK. This review is the opinion of the contributor of Life, Books & Loves. Affiliate links are included in this post.