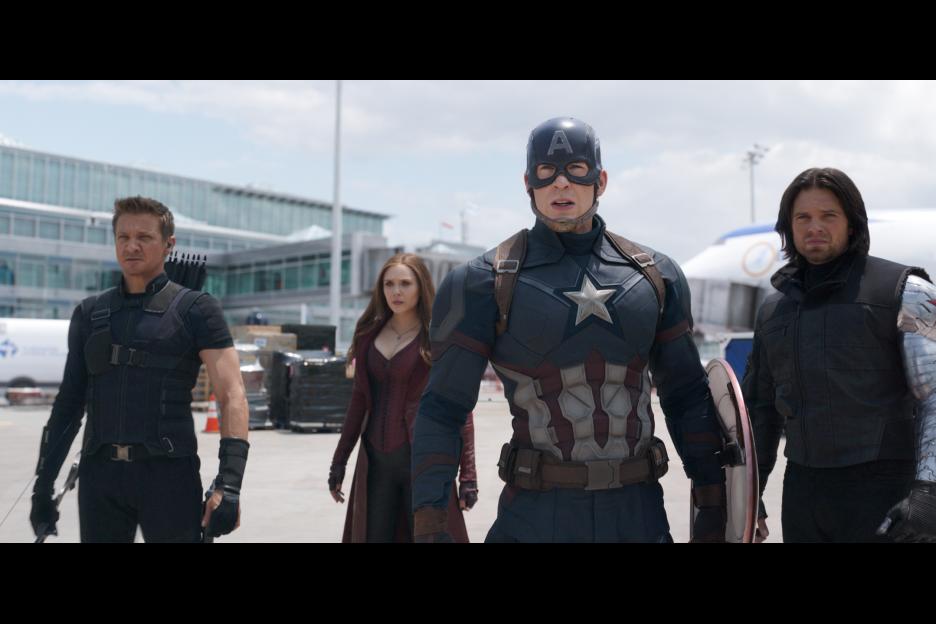 Almost every Avenger assembled, Captain America: Civil War pulls out the punches for a heck of an amazing movie.  There’s no doubt Marvel puts out a fun film, but there’s something different about the Captain America movies.  Although Civil War cannot reach the height or depth of The Winter Solider (the 2nd film in the trilogy), the Russo brothers succeed in bringing together an abundantly entertaining blockbuster.  Every plot point is well thought out, every action has a purpose.  The directing duo bring an asthetic to the film that ground it in believability with the fantasy of superhero awesomeness.

With many superhero cameos, when the title is only named after one, the idea of the other characters getting lost in the plot or little screen time is not a problem.  Marvel just gets their casting choices right, and Spider-Man and Black Panther are no exceptions to that.  Everyone melds together in the storyline and has their own reason to be there.  The only thing I would say was lacking in the film was the integration of Peggy Carter’s niece Sharon.  I would have liked to see more of her character develop, as well as her relationship with Steve Rogers.  I felt that because the film is fully focused on setting up this Civil War, Steve’s development and relationship with Sharon got pushed down instead of giving it a chance to blossom.  Their awkward exchange of a kiss was sweet, yet oddly placed.  However, it was played off perfectly with the reactions of Steve’s friends that garnered laughs.  The seriousness of the situations in the storyline is peppered with light humor that breaks up the tension and shows that Marvel doesn’t take themselves too seriously, while still being professional.

The movie was beautifully executed, the acting from Robert Downey Jr. and Chris Evans was superb.  While most folks shout out being proud which team they are loyal to (I’m Team Cap, by the way), at the end of the film I found myself questioning whose side I would truly be on.  You get to see the insights of these superheroes and how they handle each other in their family dynamic.  And when a family starts to fight and split apart, there is no winning from it.  I’m still trying to hold onto the Team Cap idea, yet I question the ideas behind it, and who is actually right in their situation.  There is no right or wrong, black or white, and just like in life, you find out more often than not, that there are plenty of shades of grey.  I’m excited to see where the Marvel Universe will be heading toward next.

Definitely a must see movie.  Don’t miss out on this blockbuster.  Plus, I sort of have a crush on Chris Evans…He looks great in his suit.

DISCLAIMER – I received complimentary movie passes to attend a pre-screening. I was not compensated to write a positive or favorable review.  This is Life, Books, & Loves’ personal opinion.