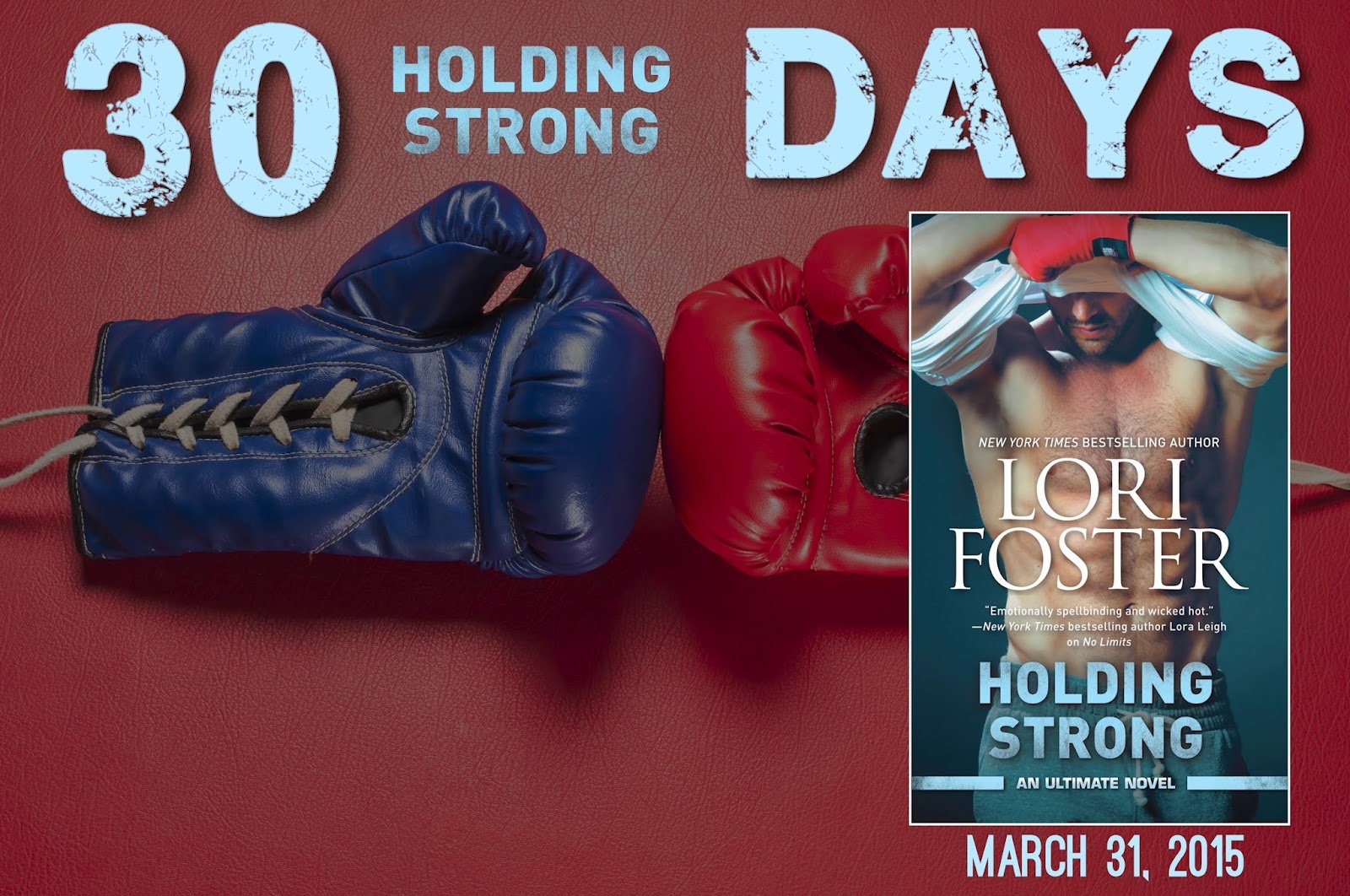 An up-and-coming MMA fighter wants more than just one night
from a woman fleeing her past in Lori’s irresistible new novel.
Heavyweight fighter Denver Lewis plays real nice, but he
doesn’t share. That’s why he’s been avoiding top-notch flirt Cherry Peyton. But
a man can only resist those lush curves for so long. Their encounter surpasses
all his fantasies, bringing out protective urges that Cherry’s about to need
more than she knows…
Denver’s combination of pure muscle and unexpected
tenderness has been driving Cherry wild. Yet no sooner does she get what she’s
been craving than old troubles show up on her doorstep. And this time, Cherry
can’t hide behind a carefree façade. Because the man by her side is one who’ll
fight like hell to keep her safe…if only she’ll trust him enough to let him…
EBOOK:            AMAZON       BARNES & NOBLE    iBOOKS     KOBO
PRINT:   AMAZON     BARNES & NOBLE  BAM
“Holding Strong will have you holding
your breath while burning fingers quickly turn the pages.”
– Fresh
Fiction
“…a fun and sexy read. It has a touch of suspense to it as
well to keep the pace of the story going along.”
– It’s a Reading Thing
“The men of Foster’s Ultimate series may be powerful
fighters, but they are all heart, and none more so than the hero of this
installment. His unwavering support for his feisty, frightened heroine redeems
them both in time, but it is their searing chemistry that will hold readers’
attention.”
– RT
Book Reviews
“Foster…manages to keep characters evolving throughout the
course of a novel, becoming true ‘heroes’ by the time ‘The End’ rolls around.”
– Ripe for Reader